On admission into the first year the students are divided into different Houses. The concept behind this grouping is to build character, relationships, and team spirit. This system of House Group is found to be very dynamic, exciting, and proven way to create a positive climate and culture for students and staff. The student admitted in the house in the first year shall continue in the same house until passing out from the institute. It’s not only the students, the staff are also part of this House System.

Each House has a Lead Mentor who takes the full responsibility of the House. The staffs shall be divided equally between houses at random.

All the competitions in the college are held House-Wise. The House Concept has a positive impact on motivation and behavior, as well as encouraging a sense of identity and belonging among the students. A sense of camaraderie, teamwork and healthy competition is nurtured, which contributes to a thriving culture.

The Houses of the College are named after some of the greatest scientist of India. The list of the same is as follows:

[1] Anand House - Anand Chandra Padhi contributed significantly in making Odisha modern. He was the Engineer-in-Chief and Secretary to Govt. of Odisha in works department. He contributed to Hirakud Dam and Express Highways. He was the Chairman of Odisha Public Service Commission (OPSC) from 29th July 1981 to 31st March 1986.

[2] Samanta House - Mahamahopadhyaya Chandrasekhara Singha Harichandana Mahapatra Samanta, popularly known as Pathani Samanta was an Indian astronomer and scholar who measured the distance from earth with a bamboo pipe and many other traditional instruments that he built. This earned him the "Mahamahopadhyaya" award in 1893.

[3] Behera House- Professor Bhubaneswar Behera was an Engineer, Writer and a Scholar from the Kalahandi district of Odisha. "Professor" Behera was deputed to work on the Hirakud Dam project, where he worked as the assistant engineer and executive engineer until 1956. Over this period, Behera produced two valuable research papers: “A Mathematical Formula for Design of Earth Slopes” and “Mathematical Formula for Non-Silting and Non-Eroding Velocities in Erodible Channels”. His essay book Suna Parikshya earned him the Odisha Sahitya Academy Award. Prof. Behera was awarded the Utkal Ratna in 1998.

[4] Kalam House – Dr. Avul Pakir Jainulabdeen Abdul Kalam was an aerospace scientist who served as the 11th President of India from 2002 to 2007. He was as a scientist and science administrator, mainly at the Defence Research and Development Organisation (DRDO) and Indian Space Research Organisation (ISRO) and was intimately involved in India's civilian space programme and military missile development efforts. He was known as the Missile Man of India for his work on the development of ballistic missile and launch vehicle technology.

[5] Sarabhai House– Dr. Vikram Ambalal Sarabhai was an Indian physicist and astronomer who initiated space research and helped develop nuclear power in India. He was honoured with Padma Bhushan in 1966 and the Padma Vibhushan (posthumously) in 1972. He is internationally regarded as the Father of the Indian Space Program.

[6] Khosla House- Ajudhia Nath Khosla was an Indian engineer and politician. He was the Chairman of the Central Waterways Irrigation and Navigation Commission of India. Khosla was born in New Delhi, and worked as Vice Chancellor of the University of Roorkee from 1954 to 1959. He was awarded the Padma Bhushan in 1954 and the Padma Vibhushan in 1977. He was the president of Indian National Science Academy from 1961-62.

[7] Bose House - Sir Jagadish Chandra Bose was a polymath, physicist, biologist, biophysicist, botanist and archaeologist, and an early writer of science fiction in British India. He pioneered the investigation of radio and microwave optics, made significant contributions to plant science, and laid the foundations of experimental science in the Indian subcontinent. IEEE named him one of the fathers of radio science. Bose is considered the father of Bengali science fiction, and also invented the Cresco graph, a device for measuring the growth of plants. A crater on the moon has been named in his honour.

[8] Bhabha House- Dr. Homi Jehangir Bhabha was an Indian nuclear physicist, founding director, and professor of physics at the Tata Institute of Fundamental Research (TIFR). Colloquially known as father of the “Indian Nuclear Programme", Dr, Bhabha was also the founding director of the Atomic Energy Establishment, Trombay (AEET) which is now named the Bhabha Atomic Research Centre in his honour. Dr. Bhabha was awarded the Adams Prize (1942) and Padma Bhushan (1954)

[9] Raman House - Sir Chandrasekhara Venkata Raman was an Indian physicist who made ground-breaking works in the field of light scattering. With his student K. S. Krishnan, he discovered that when light traverses a transparent material, some of the deflected light change wavelength and amplitude. This phenomenon was a new type of scattering of light and was subsequently known as the Raman effect (Raman scattering). His works earned him the 1930 Nobel Prize in Physics and was the first Indian or Asian or non-white person to receive Nobel Prize in any branch of science.

[10] Visveswaraya House - Sir Mokshagundam Visvesvaraya was an Indian civil engineer and statesman and the 19th Diwan of Mysore, who served from 1912 to 1919. He received India's highest honour, Bharat Ratna, in 1955. He was knighted as a Knight Commander of the British Indian Empire (KCIE) by King George V for his contributions to public good. 15 September is celebrated as Engineer's Day in India, Sri Lanka and Tanzania in his memory. 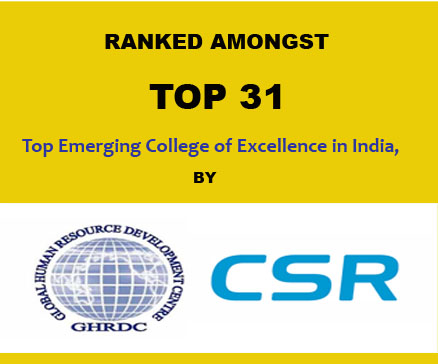 Let's Have a Tour